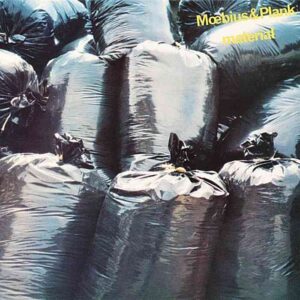 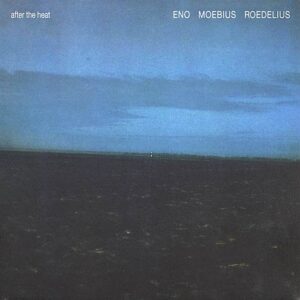 In the latter half of the 1970s, alongside their Cluster collaboration, Dieter Moebius and Hans-Joachim Roedelius embarked almost simultaneously on individual musical journeys. Roedelius focused primarily on solo projects, whilst Moebius preferred to enagage with other musicians on equal terms.

„Strange Music“ – unimaginative as it may first appear (!), the title speaks volumes about where Moebius was coming from, artistically speaking. Moebius is a master of perspicuity, without ever oversimplifying or lapsing into banalization. Instead, he uncovers the rich variety inherent in the detail of minor variations. Moebius’ principles of pop music are drawn from three sources: the uncomplicated minimalism of the late 1960s, archaising, instrumental rock’n’roll of the late 1950s and improvisation. Working with Gerd Beerbohm saw him combine these elements to create an exact representation of his understanding of contemporary pop music.

Gerd Beerbohm turned out to be the perfect musical foil for Moebius, affording him free rein, in the very best sense of the expression, to bring his concept of pop music to life. Whilst “unleashed” best describes his mindset, this should be equated with neither chaos nor arbitrariness. On the contrary, the only liberty Moebius took was to focus exclusively on his and Beerbohm’s musical visions, without feeling the need to consider any higher group concepts. This gave rise to a forceful, energized album, steering a clear course ahead, full of improvised ideas and unencumbered by frills or embellishments.

Moebius und Beerbohm had well and truly arrived in the early 1980s, with the future clearly in their sights, most definitely not looking over their shoulders. It is impossible to ignore distant echoes of punk and new wave – DIY, the “do it yourself” ethic had been common practice for the Harmonia family since the 1970s, recording with their own equipement, independent of the bigger studios.