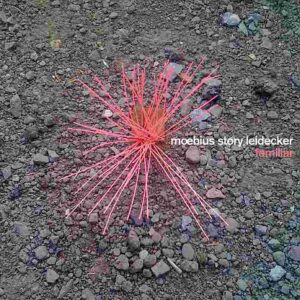 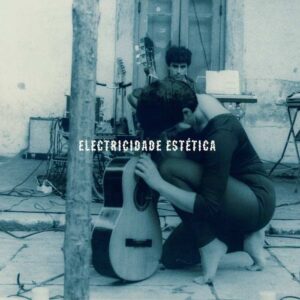 I f Dieter Moebius’ previous album Kram was an irreverent mélange of bright synthetic textures, 2011’s Ding might be considered Moebi’s industrial album. There is a cyclical, mechanical feel to many of the pieces here—but this is light industry, not heavy machinery. Small, discrete contraptions churn out curious objects as the listener strolls the factory floor, the combinations evolving as perspectives shift with each step taken.

Moebi made extensive use of a relatively portable sample recorder/looper during the creation of Ding, and the freedom to capture random bits of sound in the natural (or unnatural) world must have been inspiring. These organic ambiences might have evoked a terrain that feels familiar, except of course that this is a Moebius album. Angular rhythms, disembodied voices, repeated loops of audio debris all combine to forge a facsimile of reality that is wonderfully peculiar.

The earthy environments of Ding give it a remarkable depth of field, and Moebi masterfully allows a great deal of transparency in the mixes. The smallest of musical cues—the alternating, faraway chords which float through “Bone,” for example—are sufficient to tie the seemingly disparate elements together into a satisfying, truly musical experience. The strands of natural, mechanical, and electronic sounds are so deftly juxtaposed that music never quite overwhelms noise, and the clamor is never allowed to stifle Ding’s strange poetry.

Altogether, Ding feels like something of a small revelation—there’s liberation in Moebi’s willful escape from a sound palette confined solely to his synthesizers. If the notion of manipulated, overlapping field recordings sounds dry and abstract, Ding is anything but. In places, the loping, syncopated pulses suggest the polyrhythms of African music, even funk—but it’s a state which never quite materializes because the rhythm loops are almost always trimmed slightly too long or too short, deliberately interrupting the “groove” that otherwise could have taken hold. So it’s music you might conceivably dance to, if your legs aren’t quite the same length.

Mentally, it’s much easier to dance with Ding. Shot through with Moebi’s humor and extraordinary imagination, its provocative choreography of music and noise remains one of his most seductive.