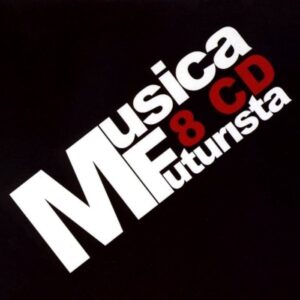 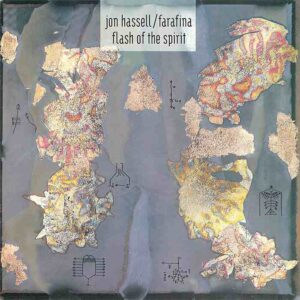 Having risen from the heady atmosphere of San Francisco’s postpunk golden age during the late ’70s, Tuxedomoon fled Reagan’s America for Europe in 1980. Since that time they have been ever-present and evergreen on the Continent’s avant-garde scene. Nothing if not prolific, Tuxedomoon and its members have collectively and separately been responsible for at least 100 albums and many and various collaborations in theatre, film, dance and literature.

Vapour Trails finds the members, vocalist, clarinetist, saxophonist and keyboarder Steven Brown, bassist and producer Peter Principle, vocalist, violinist, guitarist and laptop botherer Blaine L. Reininger and trumpetist Luc van Lieshout in top form, exploiting their mature vision and instrumental skills to the full. They load their eclectic pallet with a wide and surprising variety of styles and influences, and sing in the languages of the many places they have lived or visited, singing this time not only in English, but in Greek, Spanish, and languages of their own devising. Vapour Trails was produced and mixed by the winning team of Athens’ Coti K. and New York’s Peter Principle, also responsible for Tuxedomoon’s previous two albums.

The sessions which produced this (Record? CD? Song Cycle? Downloadable file?) occurred in Athens, Greece in March, September, and finally November 2006. The studio in which we worked had a view of the Acropolis on one side and of Likavitos hill, “the place of wolves” on the other. The hotel in which the band stayed was situated near all of the major features of the Acropolis complex as well as Keramikos, the ancient cemetery situated on the pilgrim road to Elefsina, or Eleusis, site of the Eleusinian mysteries. All around us, and impossible to ignore, was the maddening hurly burly of modern Athens traversed as it is by many thousands of attractive strangers of all persuasions, filled with marvelous food, cantankerous spectacle, and taxi drivers who may or may not be part of the human species.

Who can say to what extent a place or situation enters into the creative process of those artists who sit down to their earnest trance there? Tuxedomoon has been privileged to be able to create in various places around the globe and those places have no doubt affected the resulting music. Perhaps it is our job, our vocation, to travel to places and run their gestalt through a Tuxedomoon filter before presenting them back to you, the listener.