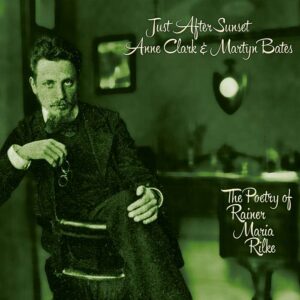 Early in 1982 Tuxedomoon, then featuring the classic lineup of Steven Brown, Blaine L Reininger, Peter Principle, Bruce Geduldig and Winston Tong, were invited to perform by friend Velia Papa at the Polverigi Theatre Festival in Italy.

The San Franciscan group had already based in Europe a full year, which had seen them follow up the astonishing ‘Desire’ set with two further albums and a clutch of singles. Both ‘Divine’ (the soundtrack to Maurice Béjart’s Greta Garbo-inspired ballet) and the ‘Suite En Sous-Sol’ were more selfconsciously avant garde projects than the band had dared attempt while still riding the crest of the New Wave back home, and the group were glad to take advantage of the greater artistic liberty Europe seemed happy to grant them. Indeed projects such as these, along with a formidable reputation as live performers, saw Tuxedomoon at the height of their acclaim, popularity, and artistic power.

Musically, the soundtrack to ‘Ghost Sonata’ is one of the best self-contained bodies of work that the group produced, and is certainly their most ambitious. Essentially it comprises eight distinct pieces, five of which form a distinct suite : The Ghost Sonata, Music Number Two, The Cascade/Fall, Basso Pomade, and Licorice Stick Ostinato. The title track had already been composed as far back as the ‘Desire’ sessions in November 1980, while ‘Music #2’ had been taped in March ’82 for the ‘Time To Lose’ ep. The other three sections seem to have arisen during improvisations at the time of the Béjart ballet . The three electronic pieces (An Affair at the Soiree, Les Odalisques and Unsigned Postcard) were specially composed however, as were the sound effects and musique concrete (including bird songs, water, thunderstorms and a distressed record stylus). Via this roundabout route the classic Tuxedomoon alchemy of melody and noise was therefore repeated, though on a far grander scale than ever before.