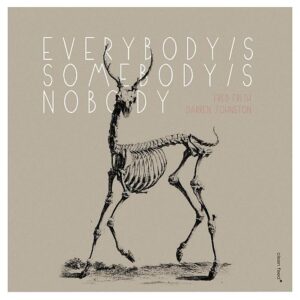 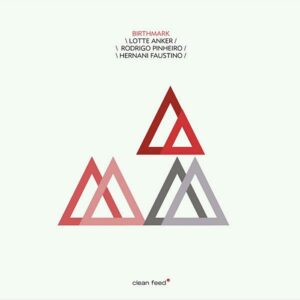 In the summer of 2002, Amado, Zíngaro and Filiano met in a Lisbon studio to record what was to be “The Space Between”, a collection of tunes based on the principles of real-time composition. For portuguese players Amado and Zíngaro it was, strangely, only the second time they played together. As to Filiano, he just met Zíngaro in this session. He knew Amado from recording “The implicate Order – At Seixal”, together with Steve Swell, Lou Grassi and another portuguese player, Paulo Curado. From then on, Amado and Filiano played together on several occasions. The day was extremely hot, but the old studio was immersed in a pleasant temperature. As they played through the night the only light that one could see in the big recording room was an old secretary lamp turned upside down, drawing a circular spot on the ceiling. The music they played was totally focused on instinct communication between the three, trying at the same time to develop distinctive tunes with a clear shape and structure. The three musicians were standing freely in the center of the room, allowing for the sound of the instruments to create distinct resonances between themselves. Saxophonist Rodrigo Amado got this trio together with the idea of taking further the concept he had been working for years – real-time composition. For this he couldn’t get better partner musicians. Violin master Carlos Zíngaro is a world renowed improvisor and double-bass virtuoso Ken Filiano is a player with a unique approach that blends together elements of jazz, classical and contemporary playing. Rodrigo Amado was born in 1964 and started studying saxophone when he was 17. Although he played in various musical contexts he has devoted his musical career to improvisation. He leads his own collective – Lisbon Improvisation Players – with whom he recorded “Live_Lx Meskla” (Clean Feed). L.I.P. also recorded a quartet date, due to be released this year, with Steve Adams (Rova), Ken Filiano and Acácio Salero. He has played with musicians like Steve Swell, Lou Grassi, Mark Whitecage, Dominic Duval, Peter Epstein, Nuno Rebelo, Rafael Toral or Manuel Mota. He has played the Gulbenkian “Jazz em Agosto” Festival, in Lisbon,and this trio will play at the “Jazz ao Centro” concert series, in Coimbra. Next November he will play at the Atlantic Waves Festival in a concert associated with the London Jazz Festival. His quartet will feature british sax player Paul Dunmall. Carlos Zíngaro born in 1948, is one of the best known european jazz improvisors. Beeing a classically trained musician he is considered a master in his instrument. He has played with hundreds of musicians throughout the world; Barre Phillips, Derek Bailey, Daunik Lazro, Joelle Leandre, Kent Carter, Ned Rothenberg, Peter Kowald, Roger Turner, Rudiger Carl, Evan Parker, Gunter Muller, Paul Lovens. In 1979 he won the Fulbright Grant and was invited to lecture in the Creative Music Foundation in Woodstock, NY, with Anthony Braxton, George Lewis, Roscoe Mitchell, Leo Smith, Tom Cora and Richard Teitelbaum. Ken Filiano is a bass player that connects deeply with the jazz tradition and, at the same time, transmits an urgent sense of modernity in all his playing. He records and plays with musicians from the most diverse musical areas; John Carter, Bobby Bradford, Warne Marsh, Barre Phillips, Alex Cline, Rob Blakeslee, Joelle Leandre, Paul Smoker, Frank Strazzeri, Bill Perkins, Richard Grossman, Roswell Rudd, Vinny Golia, Steve Adams, and countless others. He records usually for the CIMP, Cadence and Nine Winds labels, having recorded a solo CD “Subvenire” in this last one. He plays intensely in the United States, Europe, Canada and South America, having played the most prestigious festivals around the world. He is, without a doubt, one of the most talented and creative bass players of our time.