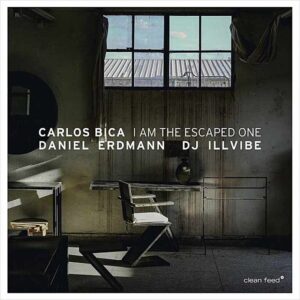 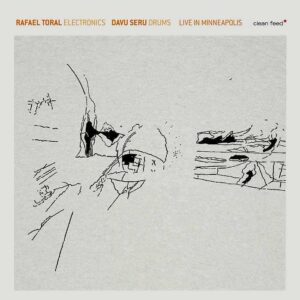 “I had asked Rodrigo to let me be present at the recordings, but unfortunately I arrived late. As I entered the studio I was immediately amazed by the sheer intensity of the music. The band had already taken off in a wild fury that streamed out of the studio monitors. It seemed like the energy generated by the music might erupt from the recording booth at any moment and make control all but possible. That was the kind of suspense that permeated the air during the following hours. It exposed the conviction with which all four men played their individual instruments, in that late evening session. They coherently structured a communal language where mutual respect and space became one of their important resources. It should not go without saying that all of these sounds where totally improvised. Therefore we are hearing, first hand, how these men think, feel and live their music. Ultimately we are hearing them create, right there and then! Following them through their discourse can become an exhilarating thrill intensified with each inflection of sound or unexpected shift of rhythm. For those not acquainted with free improvisation, the sheer sound of this band should be enough for them to want to go back and listen once again. On the other hand, the experienced listener will discover an outstanding transatlantic brotherhood where bridges are unneeded since there is no distance to be spanned”. This is how writer Rui Horta Santos refers to his experience in the Studio with the band. Rodrigo Amado leads his project Lisbon Improvisation Players for almost seven years. He played with musicians like Steve Swell, Ken Filiano, Steve Adams, Paul Dunmall, Joe Giardullo, Alex Cline, Bobby Bradford, Vinny Golia, Dominic Duval, Kent Kessler, Paal Nilssen-Love, Chris Jonas, Lou Grassi, Mark Whitecage, Peter Epstein, Carlos Zíngaro, Greg Moore, Phill Niblock, Rafael Toral, or Carlos Barretto. Among his latest projects are the trio recording “The Space Between” (clean feed) with Carlos Zingaro and Ken Filiano, a trio recording with bassist Kent Kessler and drummer Paal Nilssen-Love, and a recently recorded LIP quartet date featuring Dennis Gonzalez on Trumpet, Pedro Gonçalves on Bass and Bruno Pedroso on Drums.