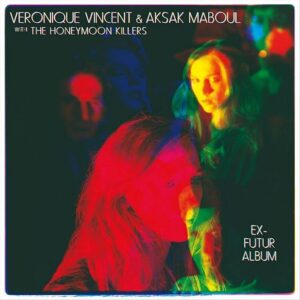 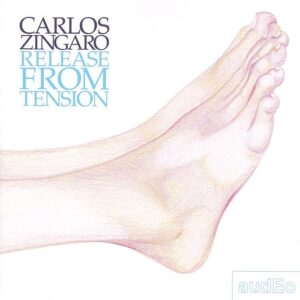 An unsurpassed milestone in European/African fusion, this is a head-on collision between traditional Central African vocals and uncompromising analog electronics. Resulting from a torrid encounter between Congolese singer Bony Bikaye, Algerian-born French composer Hector Zazou and French modular synth wizards CY1, this album was acclaimed by the international music press, has influenced scores of artists, and remains astonishingly fresh to this day.

Hector Zazou came to Brussels to record this album at Daylight Sudios in June ’83. With him were Congolese singer Bony Bikaye, and Guillaume Loizillon & Claude Micheli, two Frenchmen who immediately proceeded to set up their wall-sized analog computers. These beasts dated back to the early ’70s, and seemed monstrous and antediluvian even then… Loizillon & Micheli (aka CY1) were strange characters: they looked and talked somewhat like electricians or garage mechanics, they kept plugging and unplugging thick wires, used screwdrivers and pliers, had a very down-to-earth approach, and used their own special vocabulary to describe the incredible sounds they were producing (“Hey, let’s make the Chinese hat more pointed !”). Zazou acted like a director, selecting the textures, building up the dramatic action. Bikaye built his parts into the grooves and added layers and layers of vocals. Several other ingredients were added as they went along (acoustic percussion by ex-Aksak Maboul man Chris Joris, guitars by Vincent Kenis, horn arrangements, and Fred Frith’s violin & guitar: he happened to play a concert in Brussels that week and was invited to come to the studio). A good deal of structuring took place during the mixdown: there was no automation at the time, so several pairs of hands (Vincent’s, engineer Gilles Martin’s and Marc Hollander’s in this particular case) had to keep hovering over the mixing board, opening and closing tracks, sending instruments into effects, all in real time, dub-style… an exciting process which left a lot of room for accidents and unpredictable sonic events.