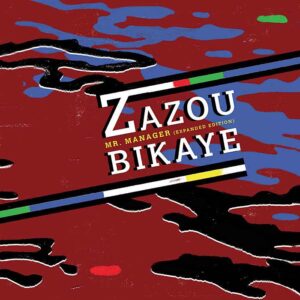 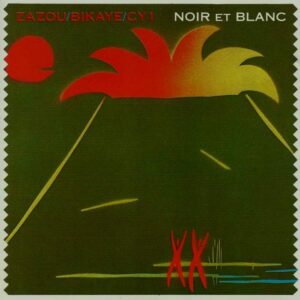 This record was never completed. What was originally intended to become the third album by Aksak Maboul (the seminal band formed by Marc Hollander) had gradually evolved into a strange artefact, closely mingling (iconic Honeymoon Killers chanteuse) Véronique Vincent’s dreamy vocals and deceptively bubbly lyrics with Hollander’s musical ramblings. Electronic pop music with genre-wrecking leanings. But the project (too pop to be experimental? too quirky for early ‘80s pop?) was dropped at some point, and life went on.

When they were ‘rediscovered’ three decades later, it seemed obvious that the songs had aged delightfully well, and that they probably make a lot more sense now than they did then… So here’s that Ex-Future Album, collated from demos and rough mixes (some of them on cassette tapes), and brought to you in its original glorious unfinished state, with a slight delay of 30 years.

This most unusual story is far from being the only point of interest of Ex-Futur Album: the songs overflow with memorable melodies, with playful trademark Aksak Maboul instrumental moments and eventful arrangements which all give the album a retrofuturistic, almost timeless aspect, often predating certain hybrid musical trends which may or may not have emerged later on (think pop meets proto-techno, with African, Middle-Eastern, dub, jazz & cinematic French flavours…)

Recorded by M.Hollander & V.Vincent in collaboration with (Aksak Maboul member and Congotronics producer) Vincent Kenis, the album contains 10 tracks, plus 6 bonuses (including wild live versions of some songs), three of which will only come with the download code included in the CD and vinyl LP versions. The first single is Chez les Aborigènes (and its visionary lyrical stabs at the Western world’s exploitative attitude towards world music… this is 1981, remember…). It comes with a new remix by great electronic music duet EΔSY & C.O.U., stalwarts of the Nordic skweee scene (they’re the main –and sole- exponents of the sub-genre called Oriental Skweee…).