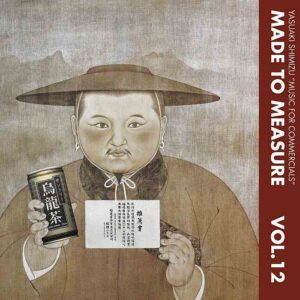 Stubbleman is the alter-ego of maverick composer and producer Pascal Gabriel.

From humble beginnings in a Belgian punk band, Pascal moved to London in 1979 to form a string of art-school experimental bands, until he discovered the joys of the recording studio and gained recognition as an innovative producer & songwriter.

Initially known for landmark dance hits “Theme from S’Express” and “Beat Dis”, he has since composed with, produced and mixed a huge spectrum of artists including Dido, Kylie Minogue, Inspiral Carpets, Can, Bebel Gilberto, Miss Kittin, Wire, Ladyhawke and countless others.

After many years in the wilderness of pop, Pascal has re-embraced his adventurous electronic ambient past with a project combining a lo-fi, cinematic mixture of found sounds, field recordings and modular synthesisers, often accompanied by live piano.

Stubbleman’s panoramic debut album, ‘Mountains and Plains’, is inspired by a road trip across the USA, and the eleven tracks evoke the poignant delights of endless train tracks, sleepless cities, nostalgic ruins, big skies, high deserts and lost junctions, keeping at all times an affectionate eye for the humanity which populates these diverse landscapes.