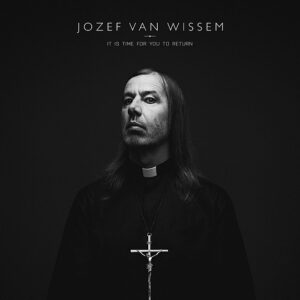 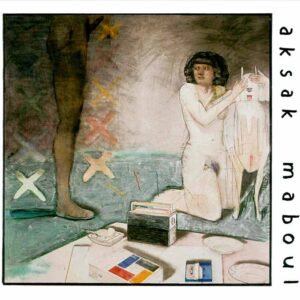 In early 2013, chroreographer Thierry Smits invited Brown and Reininger to take part in his new work Clear Tears | Troubled Waters, which he conceived as a piece for 7 dancers and 3 musicians. Blaine and Steven joined forces with Maxime Bodson, the young Brussels-based musician and sound artist, and created this captivating, powerful soundtrack, which they’re performing live onstage as part of the dance piece.

Brown & Reininger have previously written and released albums as a duet, but the music in Clear Tears | Troubled Waters is a departure from the previous “Blaine & Steven” collaborations. It’s a unique blend of electronic textures, instrumental composition and harmonic flavours which seems to draw from early 20th century Modernist music, with lots of unexpected turns and -at times- an almost band-like sound, reminiscent of some of Tuxedomoon’s work.

The soundtrack was inspired by the themes around which Thierry Smits created his performance piece: the melancholy and hopelessness which prevails in our times, and the possibility of finding the resources to create oneself new breathing room, to transcend pessimism and depression. As explained by Maxime Bodson, the soundtrack contains elements of tension which mirror Thierry Smits’ piece and its description of an unpredictably noisy world, full of drones and abrupt changes. This inspired us to use sonic elements such as prepared instruments, fractured melodic lines and ellipses, electronic & acoustic instruments blurring into an ensemble sound.

The writing process made use of some compositional tools Steven Brown has been studying in recent years: matrixes, magic squares and other aleatory constraints, which are used as means of triggering inspiration (pretty much like in the works of French literary movement Oulipo). As an example, Tears Matrix was created by transposing the five letters T E A R S to their respective notes G E C F Fsharp. These five notes form the top horizontal row of what will become a matrix. Constraints give you a structure from which to begin to build. And they force you into new unexplored realms, freeing you from your personal limitations and/or cliches, says Steven Brown.

But let’s not be overly concerned about the how (it was all done), and enjoy the what (it is): a great suite of thrilling, unique music!