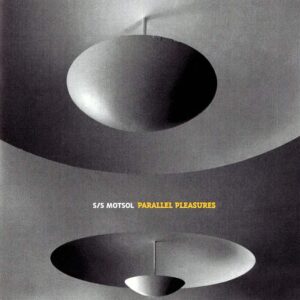 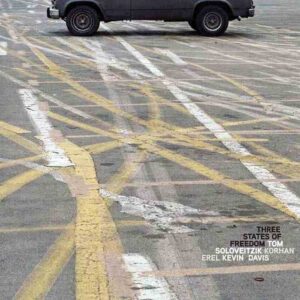 Of these three performers me thinks that Steve Beresford is the best known one. Best known as an improviser with Derek Bailey, Alterations, Portsmouth Sinfonia but also The Flying Lizards. His instruments are piano, trumpet, euphonium, double bass and toys, but on this recording just credits ‘electronics’ to his name.

Drummer/percussionist Stephen Flinn plays, along with Z’EV, in the Cutmen, but also with Jaap Blonk, Lol Coxhill, Phil Minton and other.

Dave Tucker was a member of The Fall in the early 80s, but after moving to London he is involved with improvised music, which he serves with his electric guitar. ‘Ink Room’ is a spontaneous improvisation which comes unedited. Maybe cut here and there to mark the seven pieces, but nothing more it seems. This results is some highly vibrant music, bouncing roughly in all corners of the room. Tucker’s spikey guitar sounds, Beresford’s electronics loud and noisy at times, soft and careful at other times, while Flinn seems to be the more traditional improviser, holding matters together with loosely played sounds, but rather conventional it seems. An excellent ride this one. Quite energetic and never a dull second around here.