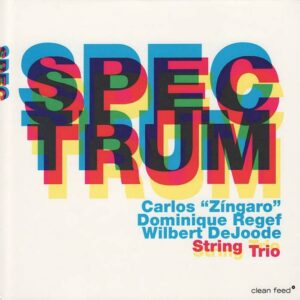 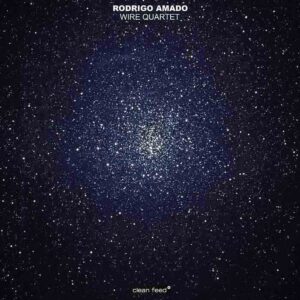 Sei Miguel looked dead serious when he told me that in the future he doesn’t plan to write any new music. Instead, he wants to bring to daylight dozens of scores that he has stored for over 30 years on a drawer. Some of this music had been performed a few times live. Some have been performed just once. And most have never seen a stage at all. From this large collection, only a handful have been recorded professionally and these old recordings were not released.

“Salvation Modes” is the first chapter of this long story. Featuring just one recent piece, the record you hold in your hands is Sei’s first push at presenting his well-kept secrets and it is an amazing sample, a well-balanced choice of contrasting material with great sound work.

“Prelúdio,” as fits its title, opens for the explosive “Cruz de Sala”, in a kind of a mantra way. Sei’s Unit Core features Pedro Gomes’ exquisite guitar, as he burns while respecting the pace and space of these tunes. Fala and César have very precise and beautiful lines over the six (ascendant) parts of Cruz de Sala. It starts and closes with much fire.

Listening to “Fermata” is like coming back home to Sei’s more introspective world. It is, in fact, a great introduction to what his work is about, and a sort of deep breath to prepare our ears for what comes later. A cleaning tune so to speak. Don’t mistake this for some kind of tepid music. That’s not at all the case. Common to all his work is the superb use of timbres, picking up the right ingredients to cook the vision he has in mind. This is a great example of the Sei Miguel sound of music. Cool.

“Cantata Mussurana” is based on a creole purification ritual. You can almost see that, as you listen to the varying tensions and intensities in the music. Through the three movements of the Cantata you sense the snake -Mussurana- that is brought to the place where the ceremony will occur. The snake, which is not poisonous, cleans up an entire world of speculation, eating the poisonous snakes and, in the end, bringing safety and peace to the people. This exotic mood is set through the careful orchestration of ten instrumental voices around a human voice.

Such a masterpiece released from this obsessive workaholic, who is playing better than ever, makes us eagerly anticipate the next surprise from his musical treasure chest, revealing just a bit more of his huge course.