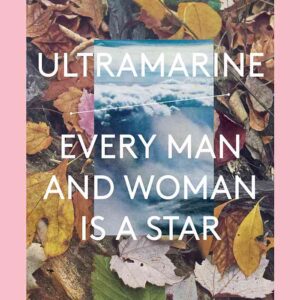 This story began when I had to learn something about electronics, in order to make objects with electric movement, which I call “small-scale models”, and which I was making between 1963 and 1973.

In 1973, when tired of repairs I had decided to give up making them, a friend gave me one of those musical boxes with a handle, a drum bristling with prickles and a steel comb. Although I had seen similar ones, that particular one fascinated me and I had an urge to make one like it, but using electronics. That is how my first “Makina” was born – one could describe it as of a digital, programmable type of synthesizer which has gone through different phases since then and taken on various shapes which even today are still ongoing. At first it was a machine which produced sounds, but I inevitably became more and more interested in its musical possibilities.

Not having had any musical training, and knowing little of electronics I wanted to learn by “trial and error” and had doubts as to whether the sounds I produced could be considered as music. For this reason I calledit “Mosik”. I wanted to “play” a different kind of music from what we hear on records and tapes. I am not trying to imitate sounds made by the instruments we are familiar with today, but, if similarity does exist, I am not going to turn my back on it.

This “Makina” which plays by itself is made up two parts: one that allows the programming of a fixed electronic memory which we refer to as the program, and one that plays and contains the “instruments”. Only this part is present when we give a “disconcert” in public.

It is composed of three melodic units, two of them with eight octaves and three voices, and one with eight octaves and two voices. Three units consist of noises made by birds, frogs and other sounds of nature and 3 mini-samplers, two 16 seconds long and two lasting one minute. There are also 3 percussion instruments. The melodic units may produce very different sounds which make it difficult to hear how many are involved. The same could be said about the percussion elements because they have filters which may modify the basic sounds, and so on. The animal noises have twenty four basic sounds. These are modified by variations in the frequency of the oscillation which produces them. Finally there is a unit where the usual commands of a pre-amplifier: flats, sharps, balance and volume are programmed.

The different sounds made by the “instruments” are programmed in this unit to come out up to six loud-speakers, thus enabling the sound to “travel” from one side to another around the room.

Except for the integrated microcircuits, transistors, capacitors, etc, that have to be produced industrially, all the other elements, taht make up this “Makina” were created, designed and built by me.