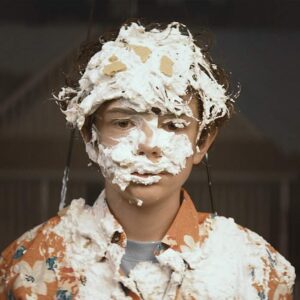 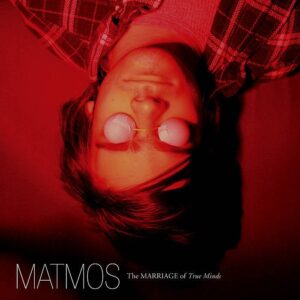 The hour long performance on this disc was captured live on October 5th 2002 when Wobbly, People Like Us and Matmos circled their wagons in the lecture hall of the San Francisco Art Institute. Having mutually agreed upon a country and western theme, Vicki Bennett (PLU), Jon Leidecker (Wobbly), and Drew Daniel and M. C. Schmidt (Matmos) pored over their archives of honky tonk classics, chopping and dicing Nashville’s finest almost beyond recognition, and collectively restitching the mangled shreds in a kind of crazed digital quilting bee.

Several tense rehearsals and strong pots of tea later, the foursome shuffled on stage and delivered the goods: from panoramic twangfests to offkilter waltzes to barn burning stompers. Flickering and tranquil one moment, and wildly slapstick the next, Wide Open Spaces hits the sweet spot between song forms and improvisation, and showcases the qualities that all three collaborating artists share: absurdist humour, baroque sample manipulation, and stuttering rhythmic frameworks that lurch and sway.

While the presence of five samplers, four laptops, three CD players and a pedal steel guitar on one stage could have led to a tediously ego-driven “jam” or simply cacophony, the results feel lushly detailed but not cluttered, and swing naturally between structure and freedom. It’s an international media magpie summit where country’s chick-a-boom meets tech house’s boom-tschak, and tearjerking sentiment and patriotic hokum are subjected to a dense shower of coughs, sputters and rude noises. Listening back to the recorded results, all three musical units agreed that this concert was mighty fine, and worth sharing.