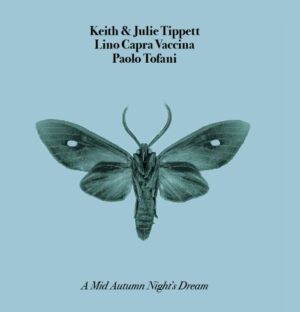 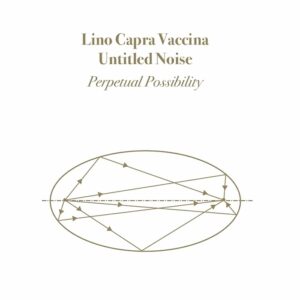 A true legend in avantgarde – minimalism, inventor of a new ecology in acoustic music, multi-percussionist Lino Capra Vaccina always was ahead of his time.

As a founding member of the mesmerising ensemble Aktuala he developed a crossover path between the underground raga of the Third Ear Band, Contemporary Classical Music seasoned with mediterranean spices.

After that experience, escaping from any safe new age shade, he teamed up with the likes of Franco Battiato and Juri Camisasca and eventually formed in 1975 the seminal band Telaio Magnetico (Magnetic Loom) again pushing the envelopes between genres then a solo effort that became a true legend, Antico Adagio which became one of the most sought after masterpiece in Italian avantgarde, recently reissued. Then he played percussions with La Scala Orchestra under Claudio Abbado and many other great conductors. After L’Attesa, in the early nineties, he temporarily gave up recording music and playing live to concentrate in his musical research, exploring the spaces between sound and silence that led him to his second critically acclaimed masterpiece, Arcaico Armonico, on which he developed his research and in which he guested his long time friend Juri Camisasca, Area’slead guitarist and main composer Paolo Tofani and La Scala’s firstoboe Camillo Mozzoni. Lino started touring again.

This renaissance of Capra Vaccina’s music opened him many doors and he recently palyed and recorded with Keith and Julie Tippetts, Paolo Tofani, Plinth, Evan Parker, John Greaves and partecipated and many forthcoming projects of his new label Dark Companion. Many knew that in his drawer lurked this new masterpiece, in which Lino developed his composition skills up to a further step. Introducing the grand piano, exploring the poetry of silences and bowed stringed instruments. Again some special guests: Camillo Mozzoni and his oboe and english horn, and two british young musicians of immense talent: Alison Cotton from The Left Outsides at the viola and the great Michael Tanner, aka Plinth, aka The Cloisters at bowed instruments, treatments and autoharp.

Tanner is a critically accalimed genius of the new British scene and long time fan of Lino Capra Vaccina. Like the previous one, this album is produced by Max Marchini and recorded at a demostration- like sound quality at the legendary Elfo Recording Studios by Alberto Callegari.