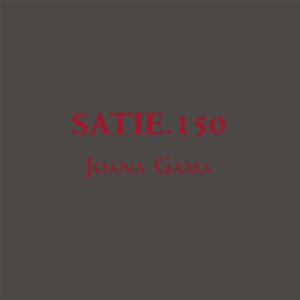 Joana Gama and Luís Fernandes’ new offering At The Still Point Of The Turning World, borrows its title from T. S. Eliot’s poem Burnt Norton. It is a record of restless motion, lilting and pulsing with a sense of gentle determination. Born out of a period of mutual loss, the works carry a bittersweet sentiment. Bitter in the sense of loss; sweet in the sense of lingering memory and influences recognised of those departed.

It is also a record that, like the poem from which it takes its title, mediates on the nature of time and the way music must be explored as temporal art. The very nature of the compositions, their meaning and structural qualities unfold across the record with a particular and measured temporal gesture. This sense of measure is the result of musicians involved, guided by Gama and Fernandes, working for and against one another within each of the tracks.

Pieces such as ‘Neither Flesh Nor Fleshless’ and ‘Lucid Stillness’ capture this essence. The sharp attack of their rhythmic spines, create macro environments within which instruments float into and out of focus. Rather than simply acting as anchor points for the pieces, these markers become buoyant amidst atmospheric layers of strings, percussion and horns. The music swells and breaths.

Commissioned by Câmara Municipal de Guimarães and A Oficina / Westway Lab Festival in 2017, At The Still Point Of The Turning World, is the most considered output from this duo to date. Informed by a shared interest in the timbral connections between piano and electronics, these pieces extend outward from Gama and Fernandes and in combination with Orquestra de Guimarães and arrangements from José Alberto Gomes, they create a charged collection of minimalist inspired sound fields.