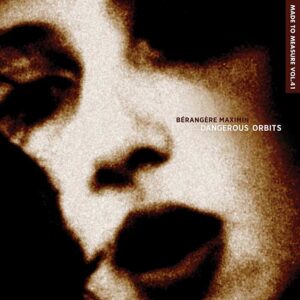 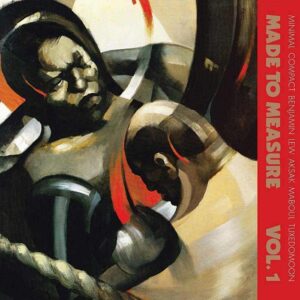 Geographies was recorded in Paris between 1982 and 1984, with a group of no less than twenty-five instrumentists and vocalists. Beautifully scored for strings, woodwind, brass, guitar, piano, synth, percussion, sound effects and voices, the nine pieces abound in colorful atmospheres and eerie moments.

The album opens with Cinecittà, a title which might indicate Zazou’s fondness for certain Italian film music composers.

Denise à Venise is reminiscent of the heyday of what is known as mélodies françaises (a genre whose major exponents were the likes of Debussy, Ravel, Satie).

Sidi Bel Abbès, a piece for string quartet and classical vocalists, is an evocation of Hector Zazou’s childhood memories in Algeria.

The album takes a lighter turn with the pop-folk-y Vera C, and its vocals in Spanish, before plunging into mysterious territory with Pali Kao. Does this title refer the eponymous battle which took place in China during the Second Opium War? Or to L’usine de Pali-Kao, an alternative arts centre in Paris, which hosted numerous exhibitions and performances in the early ‘80s? Or more simply to the name of a street in the Belleville neighbourhood, near Zazou’s erstwhile domicile? As it happens, we recently found out that Zazou originally intended to call the piece L’Opéra de Pali Kao, and to subtitle its four sections a) Le jeune matelot, b) Les sirènes, c) Les brumes de Pali Kao, d) Le jour se lève.

The next three tracks, Au bout du monde (‘At the End of the World’), Motel du sud (‘Motel of the South’) and Sous les bougainvilliers (‘Under the bougainvillea’) are mostly instrumental and contain some Zazou’s finest and most poetic compositions and arrangements.

Geographies is complemented by 13 Proverbes africains (pour quatuor vocal), a collection of thirteen short pieces for classical vocal quartet which were first included in the first CD edition of the album, in the late ‘80s. It’s now available as a digital download via a card included in the vinyl edition. The remastered versions of Geographies and 13 Proverbes africains are also being reissued on CD and digital.

Written by Zazou, the lyrics for 13 Proverbes africains (pour quatuor vocal) are supposedly based on (real or invented) African proverbs. This is probably related to Hector Zazou’s fascination with the work of eccentric French writer Raymond Roussel (1877-1933), whose work exerted a strong influence on many 20th century writers, including the Surrealists, the Oulipo group and nouveau roman writers. One of Roussel’s most famous works is Impressions d’Afrique (‘Impressions of Africa’), a totally imaginary travel adventure story whose underlying structure is completely based on linguistic games and wordplay. Zazou’s interest in the work of Roussel led him to stage a music/visual performance inspired by Roussel’s Impressions d’Afrique, which took place sometime in the late ‘70s at the Centre Pompidou in Paris.

On another note: during Made To Measure’s first decade (’84 to ’94), the back cover of most albums in the series featured a sentence which described what the music had supposedly been created for. “Made to Measure” for such and such film, dance performance etc. As many albums were actually imaginary soundtracks, the artists would come up with their own, often quirky variation on the sentence. Hector Zazou went for “Made to Measure to flesh out the theory of post-modernism”. He felt that, on this album, his approach to chamber music shared a common spirit with the work of certain so-called po-mo, neoclassicalmusicians or painters (such as for example Gérard Garouste), whose declared objective was to become more conscious of the way artists always position themselves in relation to systems of representations rooted in the past. They adopted an attitude which was simultaneously ironic, irreverent and nostalgic in its use of quotations and references. In the three following decades, the term ‘postmodernism’ has obviously been used -positively and negatively- in a wide variety of contexts, so this was just a reminder of what it could have meant for Hector Zazou in 1985…