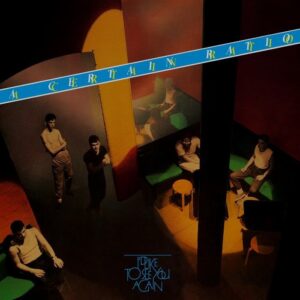 A unique anthology of piano music linked to the Dada art movement in Paris between 1920 and 1923, Festival Dada Paris is based on the piano repertoire performed at two landmark Dada happenings staged in Paris. The first was the Festival Dada on 26 May 1920, and the second the infamous Soirée du Coeur â Barbe on 6 July 1923 – an event disrupted by violent confrontation between Tristan Tzara’s Dada faction and the Surrealist vanguard lead by André Breton.

Music from the 1920 event includes two pieces by Georges Ribemont-Dessaignes as well as The American Nurse by Francis Picabia, consisting of “three notes repeated to infinity”. Pieces performed at the riotous 1923 soirée include two fox-trots by Georges Auric and Darius Milhaud (both members of compositional grouping Les Six), Trois Morceaux en Forme de Poire by Erik Satie (performed in person by the composer on the night), and Three Easy Pieces by Igor Stravinsky.

The anthology also includes other pieces such as Satie’s bizarre playlet Le Piège de Méduse (premiered in Paris in May 1921), Drie Composities voor Klavier by the Belgian-born Dada/Surrealist E.L.T. Mesens, and a piano rendering of Marcel Duchamp’s short vocal Musical Erratum from 1913. The album closes with an historic Stravinsky recording from 1925 by Marcelle Meyer, the virtuoso pianist who performed at both Dada events in 1920 and 1923.

While often described in written histories of Dada and Surrealism, the music performed at these legendary happenings is rarely heard. Remarkably, this project includes the first ever recordings of the featured compositions by Ribemont-Dessaignes, Picabia and Mesens. All were researched and performed by Dutch pianist Peter Beijersbergen van Henegouwen.