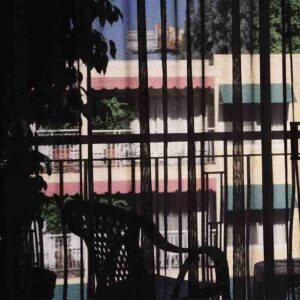 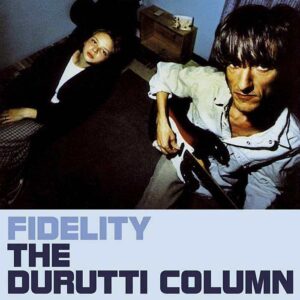 DURUTTI COLUMN (THE) – The Guitar And Other Machines – CD3box – FBN204CD

The origin of The Guitar and Other Machines was the Christmas present given by Factory founder Tony Wilson to Durutti mainman Vini Reilly in 1985. “He gave me another kick and bought me a load of electronic instruments,” revealed Reilly at the time. “I never dreamt of getting into this electronic thing, and I struggled and fought and stayed up til half seven in the morning and really worked on it. I know that Tony’s got this vision and I persevered. And I found a way of using a sequencer that isn’t like New Order – it’s my way, and it’s my music.”

Disc 2 gathers together a wealth of associated recordings, including the rare Greetings 3 EP (released only in Italy), non-album tracks such as Our Lady of the Angels, LFO Mod, and the exquisite acoustic instrumental Catos con Guantes. Other tracks on Disc 2 include various mixes of When the World (a video single at the time), oddball Jefferson Airplane cover White Rabbit (recorded in LA on a whim with guest vocalist Debi Diamond), and several ‘sporadic recordings’ which revisit themes first heard on the original album.

Disc 3 (Disc 2 on vinyl) is an in-concert recording of the band taped at the famous Bottom Line club in New York City in October 1986, along with two further live tracks taped at the WOMAD festival in August 1988.

The 3xCD set is housed in a clamshell box with individual interior wallets.